Overcoming the barriers to collapse-awareness is a monumental feat. Finding paths towards further understanding, acceptance, and adaptation can be difficult or overwhelming. This guide attempts to outline the most significant concepts, figures, and resources we can find after we confront and comprehend our predicaments.

The paths and perspectives available to us occur in both internal and external dimensions. This guide is not considering how likely, inevitable, or avoidable collapse might be. It is not data-driven or advocating one specific response. It is intended to be inclusive, continually revised, and heavily reliant on feedback from the community.

How people cope with despair is of course deeply personal, but it seems to me there are two general routes people take to reconcile themselves with the situation.  These are not mutually exclusive, and most of us will operate out of some mix of the two.  I identify them here as general tendencies, because people seem to be drawn more to one or the other.  I call them the outer path and the inner path.

If one is inclined to choose the outer path, concerns about adaptation and local resilience move into the foreground, as exemplified by the Transition Network and Permaculture Movement. To those on the outer path, community-building and local sustainability initiatives will have great appeal.  Organized party politics seems to be less attractive to people at this stage, however.  Perhaps politics is seen as part of the problem, or perhaps it’s just seen as a waste of effort when the real action will take place at the local level.

If one is disinclined to choose the outer path either because of temperament or circumstance, the inner path offers its own set of attractions.

Choosing the inner path involves re-framing the whole thing in terms of consciousness, self-awareness and/or some form of transcendent perception.  For someone on this path it is seen as an attempt to manifest Gandhi’s message, “Become the change you wish to see in the world,” on the most profoundly personal level.  This message is similarly expressed in the ancient Hermetic saying, “As above, so below.” Or in plain language,  “In order to heal the world, first begin by healing yourself.”

However, the inner path does not imply a “retreat into religion”. Most of the people I’ve met who have chosen an inner path have as little use for traditional religion as their counterparts on the outer path have for traditional politics.  Organized religion is usually seen as part of the predicament rather than a valid response to it. Those who have arrived at this point have no interest in hiding from or easing the painful truth, rather they wish to create a coherent personal context for it. Personal spirituality of one sort or another often works for this, but organized religion rarely does.

It’s worth mentioning that there is also the possibility of a serious personal difficulty at this point.  If someone cannot choose an outer path for whatever reasons, and is also resistant to the idea of inner growth or spirituality as a response the the crisis of an entire planet, then they are truly in a bind. There are few other doorways out of this depth of despair.  If one remains stuck here for an extended period of time, life can begin to seem awfully bleak, and violence against either the world or oneself may begin begin to seem like a reasonable option.  Please keep a watchful eye on your own progress, and if you encounter someone else who may be in this state, please offer them a supportive ear.

From my observations, each successive stage contains roughly a tenth of the number people as the one before it. So while perhaps 90% of humanity is in Stage 1, less than one person in ten thousand will be at Stage 5 (and none of them are likely to be politicians).  The number of those who have chosen the inner path in Stage 5 also seems to be an order of magnitude smaller than the number who are on the outer path.

I happen to have chosen an inner path as my response to a Stage 5 awareness. It works well for me, but navigating this imminent (transition, shift, metamorphosis – call it what you will), will require all of us – no matter what our chosen paths – to cooperate on making wise decisions in difficult times.”
http://www.paulchefurka.ca/LadderOfAwareness.html

“It seems to me that a collapsologist may reach a point where action becomes essential to alleviate this suffering. I have described one of the choices available at that point as an “outer path” which involves a focus on those aspects of the outer world that one can influence personally. Examples of this could include permaculture, off-grid living, local activism – any activity that permits one to see the effects of taking personal action. This helps to redirect one’s attention away from problems that are too large for individual actions to affect – such as climate change in the large, ocean acidification or species extinctions – and toward those things that one can influence.

The other choice involves what I called the “inner path” which involves a focus on spirituality. Despite never having been spiritual, this is the one I was most drawn to. My first spiritual connection was with Buddhism, and I rapidly discovered why so many collapse-aware people are drawn to it. To put it succinctly, Buddhism teaches techniques that are directed specifically at alleviating suffering. The core teachings of Buddhism are described in The Three Universal Truths, the Four Noble Truths and the Eightfold Path.” 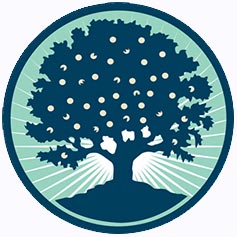 Chefurka is known for is luminous writings on the stages of collapse-awareness and what comes after . He hasn’t written much since 2013, but many of his articles and perspectives are still foundational in the community regarding the potential psychological and spiritual perspectives beyond.